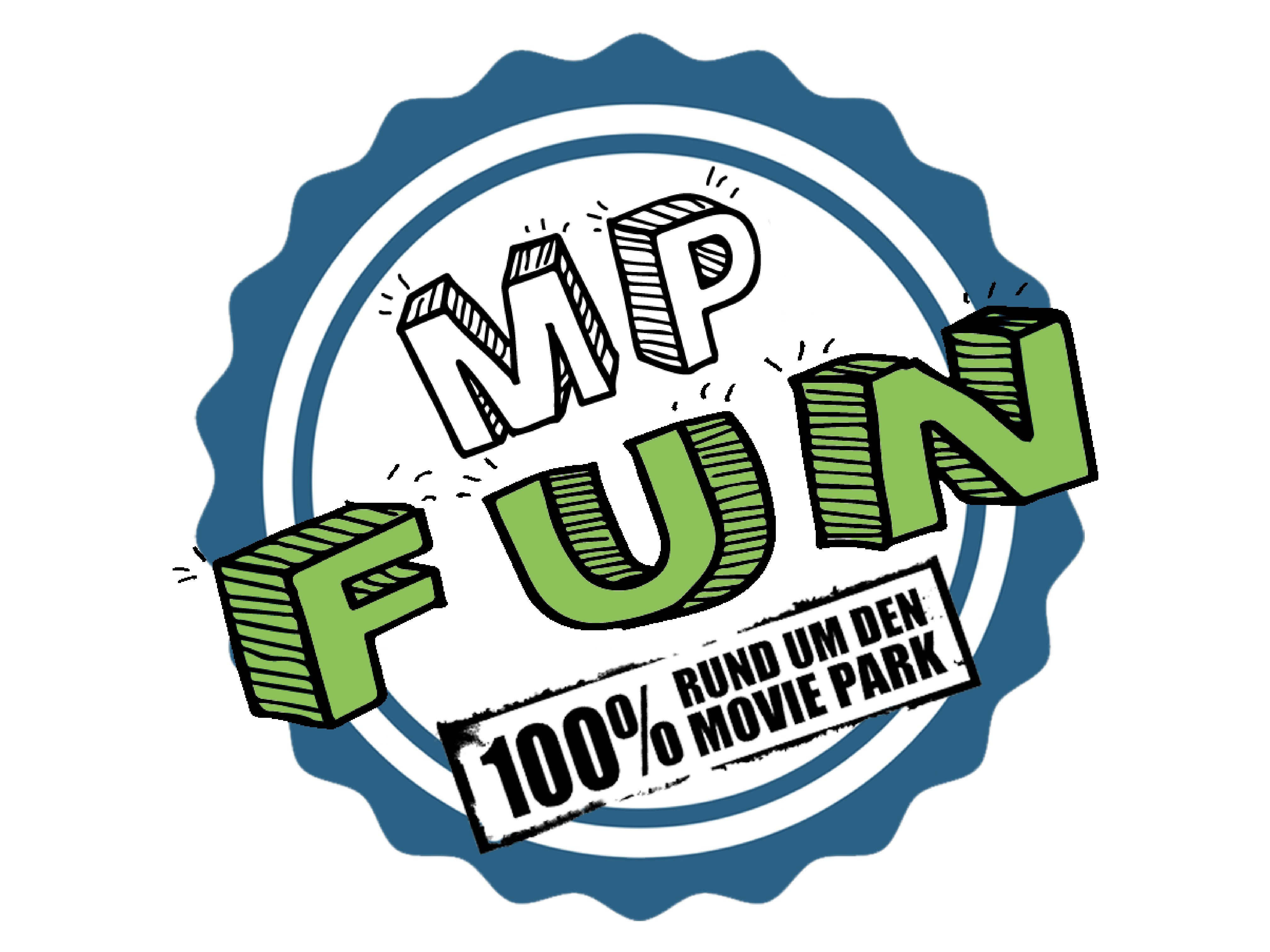 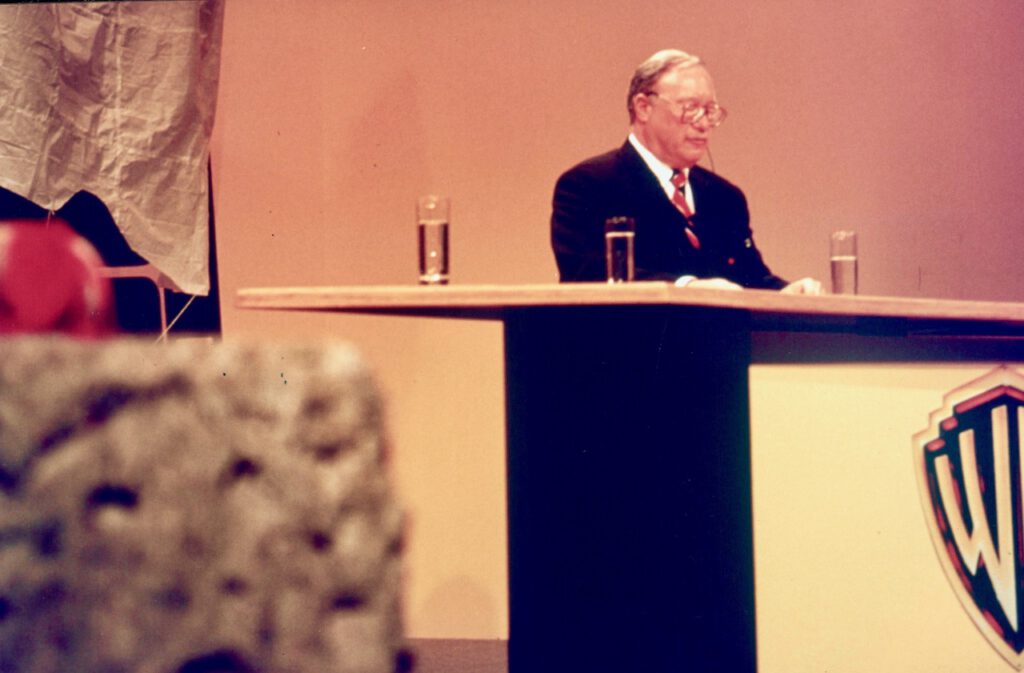 Before Warner built Movie World in Kirchhellen there was the Bavaria Filmpark at this place. Can you describe what did you see the first time you visited the area?

The pictures I sent included shots of the old Bavaria Film Park.  It was a very poor effort designed by a movie art director who did not understand the guest experience.  It was only open a short while.  We were introduced to the opportunity in Bottrop by Dieter Frank, the director of Bavaria Film Studios who sang Ted a way out of their very bad investment.

Why did Warner choose Germany and before Australia as locations for their park and not the USA?

We first went to Australia because our partner in many ventures, Village Roadshow, brought us the opportunity to try the park business on a relatively small scale in a proven tourist destination, Australia’s Gold Coast.  The Queensland government had funded a movie studio for Dino DeLaurentis, the Italian director, but the studio failed.  Out thought was to build a theme park on the studio site, which we did and which remains very successful.  With the success of Australia, we began looking for other opportunities outside the US (Six Flags had a license for WB intellectual property in the US.). The Bottrop park was the first one that was brought to us that made some sense.

What was the reason for Warner building a park in Germany?

Good location in the largest market in Europe, proper entitlements for building a theme park, good available infrastructure, supportive government (Johannes Rau was a big supporter of the park) and a strong partner (the Nixdorf family)

You were President of Recreation Enterprise at Warner Bros. Please describe us what was your task at Warner Bros Movie World in Bottrop.

My job was to oversee all aspects of the project, securing the deal, design, construction, opening and operation.

Was it the plan to be in competition with Disneyland Paris or other bigger Themeparks in Europe?

No, WB Movie World was never intended to compete with Disney Paris.  That is obvious by the level of investment and scale of the project. It was always intended to be a regional park bashed on the draw of WB intellectual property.

Why did you choose Bottrop-Kirchhellen as location for the park? Were there other cities in German you thought about?

There were no other German cities considered.

When did Warner realize that things are not going so well?

The park did 1.8 million visitors in year 2, just under its projection, and was reasonably profitable. The decision to sell the Bottrop park and all the other parks, was a decision by WB to get out of all hard asset investment, including the Studio Stores, the WB cinemas, and the theme parks. Capital intended for these kinds of projects was determined to be better invested in the creation of intellectual property to be exploited by other uses.

When Six Flags bought the Park they continued to be used the licenses of Warner Bros. Did Warner also had more influence at this time on Six Flags?

Do you know what’s the reason that the Australian Park still exists today?

What was your personal favourite attraction in Movie World?

Probably the wooden coaster since it was the first built in Europe.  I also like the stunt show, Marvin the Martian, which was original to Bottrop, and the Batman ride.

Did you live in Germany for the time you worked on the project „Movie World“?

I spent a lot of time living in Bottrop during construction including several months as we neared opening.

Which memories do you have to the Grand Opening in 1996?
Do you remember the ceremony? Which special activities were there on this day?

It was all a blur. One problem was that the electric motor to open the front gate wasn’t connected to power and poor Joe Meck had to crank the gate up by hand with a nervous crowd outside. Paint was still wet.  A typical opening

Do you remember the invited Stars at the Grand Opening?

You sent us photos from the first wedding in the park. Was it possible for everyone to get married in the Park?

No, this was a special occasion since both worked at the park.

What was your personal Highlight in your time at Movie World?

Do you have some other interesting or funny background stories about the good old times at Warner Bros. Movie World Germany?

Too many to tell

Do you know what happened to all the costumes of the characters or other Warner stuff after loosing the licenses?

I have no idea

Which other parks or projects did you work on in the past?

Ive worked on parks for Disney, Universal, Sea World, Herschend, Six Flags and Cedar Fair.  In Europe, I have also done some work for Efteling.  I have also worked for some of the worlds major museums (like the Smithsonian) and performing arts centers.

What do you work today?

I do some consulting.  Current projects are in a China and Qatar.  I also serve on several non-profit boards.

When was your last visit in Bottrop? Did you ever visit the Park when it was named Movie Park Germany?

Let’s talk about other Themeparks: What’s your personal favourite Themepark in the world and why?

Tokyo Disney Seas and Disney’s Animal Kingdom.  I also like Efteling very much.